As some of you may know, ‘Why do people obey?’ was my chosen question and topic for my final psychology assignment with Oxford University.

Over on Instagram whilst I was still writing the piece, I asked your thoughts on the question and also asked if you would like to read the full final piece when it’s done… if I pass. You said yes! Well, yesterday I found out that I passed the assignment (my tutor loved it!) and the whole course, so here it is:

Comment below and let me know if you have any additional thoughts or references.

Why do people obey?

Is it due to a deep-rooted need to be part of a pack or is it social conditioning since childhood that means we obey? Do we fear rejection, disappointment and punishment so much that we will obey authoritative figures and rules set before us without any questioning? Do we do it for the rewards? Or is it just easier and less hassle to conform?

I think depending on the different environments we enter through life, any of the above reasons could be correct.

Instrumental conditioning, particularly the impact of reinforcement and punishment put upon us, has a huge part to play in answering our question. As children and in to adulthood, authoritative figures around us can choose to teach us how to behave by using positive or negative reinforcers and punishments. B.F. Skinner, an American psychologist carried out a number of studies in the 1930s and 1940s involving an operant conditioning chamber also known as the ‘Skinner Box’, which became key to our understanding of instrumental conditioning. (Nolen-Hoeksema et al., 2014). Whilst Skinner’s experiments were carried out on rats and not humans, the findings which also apply to us have stood their time and are still demonstrated today.

Skinner’s studies support how if we follow what is wanted from us and we are rewarded with reinforcers such food and a pleasant experience, the likelihood of us following instructions in the future is increased. As humans, other examples of positive reinforcers could be praise, a pleasant treat or simply positive recognition. These reinforce and maintain those behaviours, especially if the reinforcer is given on most occasions when we behave as desired.  Instrumental conditioning also demonstrates how if we act differently to the behaviour wanted, the implement of punishment such as the removal of an appetitive stimulus or delivery of electric shock, will decrease the frequency of our behaviour. Leading to us being conditioned and regularly choosing to obey and perform as wanted by our seniors, so to avoid punishment or rejection.

If we are also bought up in an environment where we regularly see those around us consistently obey, we are likely to imitate this behaviour. Albert Bandura’s Bobo Doll study in 1961 and later experiments, support this theory that as children we imitate the behaviour of adults and we learn through imitation and observational learning, not only conditioning such as reinforcement and punishment.

As we develop in to adults, we establish our own personalities. We can choose whether to obey or not more freely and create our own ethical views on what’s right or wrong, but yet as history and studies show we still choose to obey in situations that we might necessarily not agree with. In 1933 to 1945, millions of innocent people were forced to live in concentration camps in Nazi Germany, which systematically killed over 8 million people. In 1978, Jim Jones, the leader of the People’s Temple in South America gathered 1000 residents and asked them to kill themselves with poison, they complied. Then on September 11, 2001 we saw four US planes highjacked and crashed into key government buildings killing thousands of people. These historic events and the leaders behind them, Adolf Hitler, Jim Jones and Osama bin Laden are just a few examples throughout history where leaders have been able to use their influence to shape negative behaviours and make people obey.

‘In certain circumstances the most ordinary person can become a criminal’. The view of social philosopher Hanna Arendt in 1963, following her observation of the trial of Adolf Eichmann, a Nazi war criminal who was found guilty of causing the murder of millions of Jews.

Stanley Milgram conducted a series of studies on obedience at Yale University in 1963, 1965 and 1974, which evidentially supported Arendt’s view, and his work soon became a landmark study for its representation of how the power of situations can produce unthinkable behaviour.

Men and women were recruited via a newspaper advertisement that offered $4 for an hour’s participation in a ‘study of memory’. When they arrived at the laboratory, each participant met another participant, who was actually an associate of the experiment. They were told that one person would play the role of the teacher and the other would play the role of the learner. The two participants then drew slips of paper out of a hat, and the real participant discovered that they would be the teacher. In this role, they had to read a list of word pairs to the learner, then test their memory by reading out just the first word of each pair and asking the learner to select the correct second word from four choices. Every time the learner made a mistake, the teacher was told to press a lever that would deliver an electric shock.

Before they started, the participant in the teacher role, watched the learner be strapped into a chair and an electrode attached to their wrist. The teacher was then taken to adjoining room and asked to sit down at a table in front of a shock generator. The panel on the machine contained 30 switches, all labelled with a voltage rating, ranging from 15 to 450 volts. The switches were also labelled descriptively ranging from ‘Slight Shock’ and ‘Danger: Severe Shock’, through to the highest being simply ‘XXX’. When the teacher pressed any switch, an electric buzzer sounded, lights flashed and the needle on a voltage meter moved to the right. Upon starting the experiment, the teacher participant was told to move one level higher with the shock after each wrong answer.

Starting at 75 volts, an expression of pain could be heard from the learner following an incorrect answer, then at 150 volts the learner could be heard in pain and asking to be released from the experiment. As the voltage got even stronger to 300 volts, the learner began to shout and kick the wall until they reached ‘Extreme Intensity Shock’, at which point they stopped answering and went silent. If at any point the participants playing the teacher role asked to stop the experiment or opposed to what was happening, the experimenter used a selection of calm commands such as ‘Please continue’ and ‘It is essential that you continue’.

At the end of the experiment, the teacher was then told that the learner hadn’t actually received any electric shocks and was a trained assistant in the experiment. It was actually their obedience to authority being measured by the amount of shock they were willing to give, not the learners memory.

The results were shocking, with 65% of the participants obeying throughout and completing the whole shock series, and not one participant stopping before pressing the switch for 300 volts. The participants were ordinary people responding to a ‘memory study’ so what made them and those in history willing to obey and choose to inflict pain on others? Through a number of variations being made to Milgram’s experiment, it was found that it was all about the situation. If the experimenter who accompanied the participant left the room and gave his orders over a phone, the obedience rate dropped from 65% to 21%. Not only did it drop but some participants chose to cheat by delivering lower shocks than they were supposed to when they did comply.

Whilst now dated and carried out in the very different times following Milgram’s parents being Jews in World War Two, the study is regularly still a topic of discussion among psychologists (Burger, 2009; Packer, 2008, Nicholson, 2011; Reicher et al., 2012). Not only due to the results, but also the many ethical concerns raised.

Milgram’s study was partially replicated in 2006 by Jerry M. Burger at Santa Clara University, with approved ethical guidelines. Obedience rates recorded were only partially lower than those recorded in 1963, helping to answer the question of whether similar results would be found in more recent times.

Taking in to account the impact of instrumental conditioning discussed at the beginning, I noticed that Milgram’s experiment did not include a punishment for the participants who chose to stop Milgram’s experiment early and not obey. This would have been totally unethical, but I do have to question how participants may have acted if they had been warned of a potential punishment, more extreme than just disapproval? I think this gives us the answer as to why those individuals in the historic and more recent events chose to obey.

If you combine the psychological work of B. F. Skinner, Albert Bandura and Stanley Milgram, alongside other studies such as the Stanford Prison Study carried out 1971, I believe that we obey due to a combination of ongoing conditioning and observational learning imposed by authoritative figures and influencers since childhood.

That being said, some participants in the Milgram study stopped early and didn’t obey further instructions, which supports why I do think our different personalities, level of dispositional empathy and how heavily we are conditioned in childhood play a part in shaping if and when we obey.

NICHOLSON, I. (2011) “Torture at Yale”: Experimental subjects, laboratory torment, and the “rehabilitation” of Milgram’s “Obedience to Authority”. Theory & Psychology, 21, 737-761. 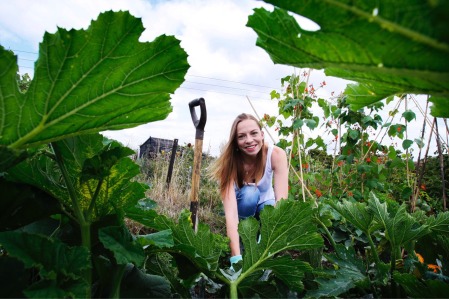